Home » The secrets of a swordsmith 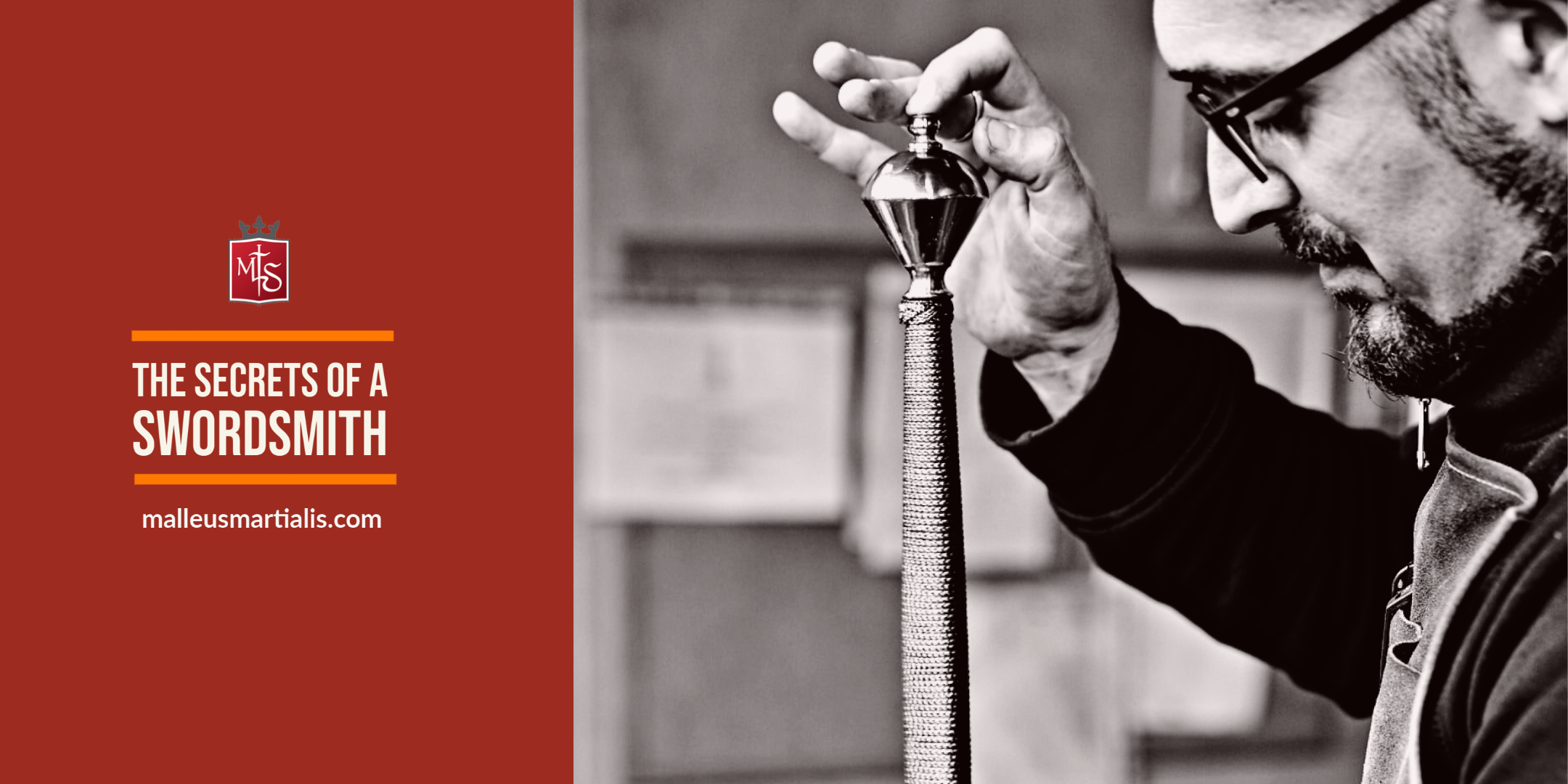 This is the second episode of a eight-part interview by Carlo Cavazzuti and appeared in its original Italian version on Narrare di Storia.
Did you miss the first? Go and check it HERE!

In this section we will unveil some secrets of a swordsmith: craft or magic?

Rodolfo: The answer to both questions is resilience and flexibility.

Eleonora: A good swordsmith, in my opinion, must have great humility, a good eye and must be a hard worker. A good sword, rather, must be the result of a series of considerations; without these, it will always be a bad sword, even if it’s aesthetically pleasing.

Swordsmithing is an ancient art, and bringing it back requires research, reverse-engineering and a full understanding of the construction logics.
An extensive data collection from museums and private collections and also comparison with the swordfighting manuals through history are an asset.
Many see swordsmithing as an Art, and it is in many ways, but Art is not the fruit of some genious creating the blades with his talent only.
Talent is nothing without constance and discipline.

You can be as talented as Gods, but if your hands are not guided by a strong, practical and constant mind, your art is pure exercise or a hobby. Beautiful, admirable, but it can't be really profitable in every sense you can intend it.

Q4. In some parts of the world, swordsmiths had a very elevated status, even more so for those who made weaponry; they were considered a cross between craftsman, magician and priest. Do you also feel a little like this?

Rodolfo: We are far from a tribal society, or in any case from a more analogical mindset, where villagers feared the bladesmith; for example, for the fact that he closed the windows of the forge to see the colour of the red-hot metal, it was insinuated that there was something evil there. Although there are parts of the job that require a certain manual skill and ours is actually a very modern context, the spirit with which we reconstruct some pieces in particular still holds some of that magic.

Eleonora: Well, it’s not as if the famous character of the bladesmith helps much! It’s well known that swordsmith families had very particular recipes, for example those for quenching or for enriching iron and making it sharper, that were similar to witchcraft formulas. For me, the magical component is essential: when you see a beautiful sword, there is a certain science which our ancestors would have called magic.

Our payoff has always been “It’s a kind of magic”, a quote to Queen but also to this beautiful process we embrace when we make a sword from rough.
You have certainly heard that Magic is unexplained Science. We like to think that in what we do, the way we do it, these two components melt together.
So our magic formula comes from the thirst of knowledge and devotion to work, in an esoteric balance between Alchemy and Chemistry, Physics and Intuition, Geometry and the instictual proportion of Nature. These are our “Secrets of a Swordsmith”.

Making swords in the 21st century